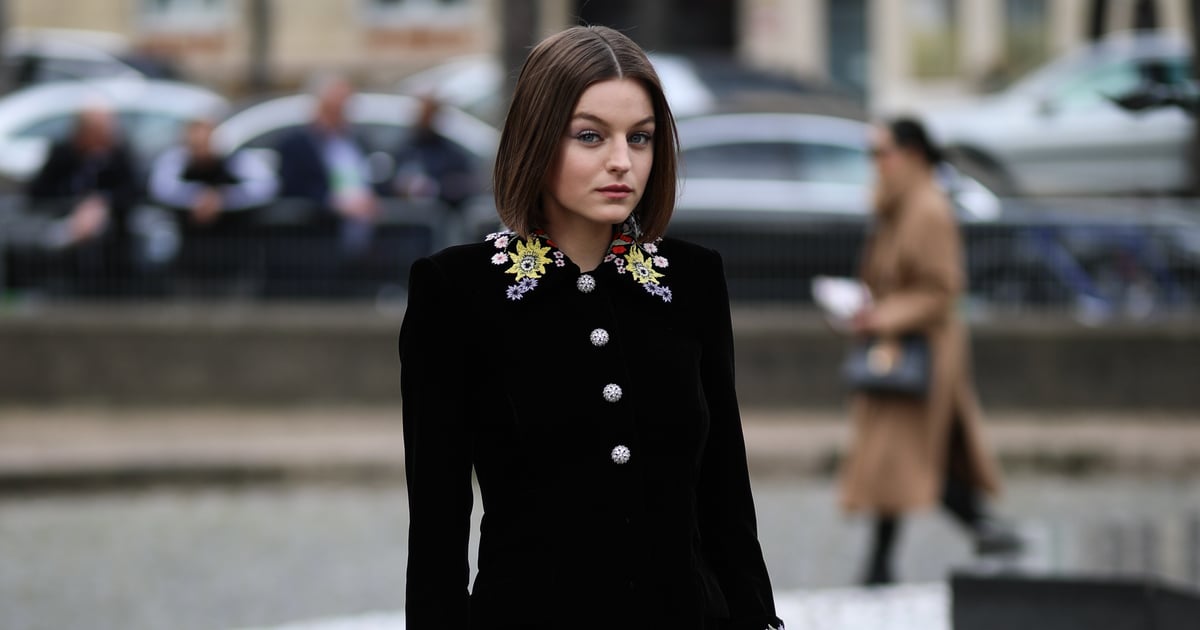 It’s exciting to watch The Crown‘s Emma Corrin become an overnight success of an actor. Having also appeared as a supporting role in Misbehaviour alongside Keira Knightley and Gugu Mbatha-Raw, playing a young Princess Diana is certainly the role of a lifetime. And while her onscreen style as the people’s princess is captivating, her offscreen style is equally impressive.

Corrin is an ambassador for Miu Miu, which explains why she’s often seen wearing Prada’s girlish but sophisticated sister brand — like the custom blue check-print, Diana-inspired outfit she wore to The Crown‘s season 4 virtual premiere. When not in semicharacter, her style is pretty consistent. Corrin loves a classic black maxi dress for a red carpet event, whether that be a sexy, sheer lace number, a more modest Pilgrim-inspired dress, or a simple midi dress with a statement collar. On the note of collars, that’s where Corrin gets trendy, by often choosing Peter Pan collars paired with puff sleeves. And while she is a fan of a classic black dress, she doesn’t shy away from color either, as seen in her appearances at the Misbehaviour premiere in a pink fuchsia minidress and the rose-embroidered Richard Quinn creation she wore on The Graham Norton Show.

Ahead, get a closer look at Emma Corrin’s superstar style.